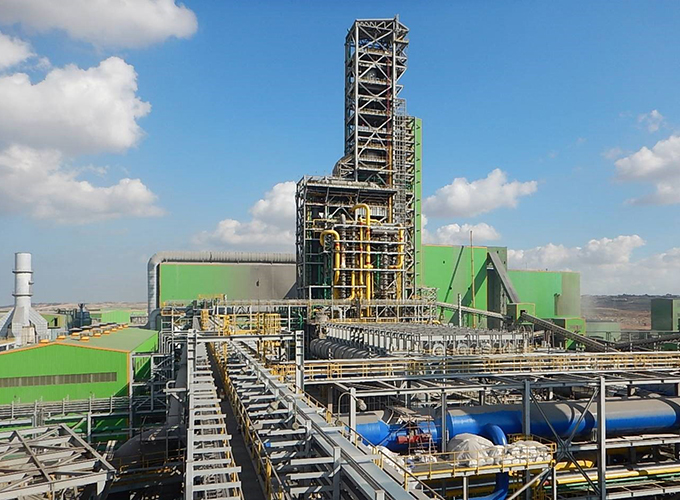 As Tosyali Algerie A.Ş. celebrates shattering the world record for annual production by a single module DRI plant, Paul Wurth, an SMS group company, is working on building another, near identical facility to supplement the plant’s total output. The 2.28 million tonnes of Direct Reduced Iron (DRI) produced in 2021 breaks Tosyali’s own record from the year before, setting new heights in only its second year of operation.

The record-setting MIDREX® DRI facility was supplied by Paul Wurth in 2018. It has since been a significant technical success, nearing its theoretical design capacity of 2.5 million tonnes of both hot and cold DRI per year. Since the construction of the first plant, Paul Wurth has become wholly owned subsidiary of SMS group.

This success motivated Tosyali to invest in boosting its production capacity by a further 2.5 million tonnes with an additional MIDREX DRI plant to complement the existing one at its steelworks in Bethioua (Oran), Algeria. Paul Wurth, a MIDREX licensee, received the order in July 2021.

Thomas Hansmann, Chief Technology Officer at Paul Wurth said, “Being part of the new project for the second DRI module of Tosyali Algerie is a privilege for us. It is recognition of the quality of our previous work and of the close cooperation between our teams”.

MIDREX plants produce high-quality hot and cold DRI products from iron ore using the natural gas-based MIDREX DRI process. Compared to blast furnace ironmaking, a standard MIDREX natural gas plant has a significantly lower CO2 footprint. It also has the flexibility to progressively replace the natural gas reducing agent with hydrogen – up to 100% – with only minimal medication to the plant’s setup and operating parameters.

“This additional production capacity will give Tosyali the opportunity to extend their presence in the international steel market”, added Dr Hansmann, “In one stroke it becomes a technology leader in the industry’s decarbonization efforts whilst also contributing to the economic and industrial development of Algeria”.