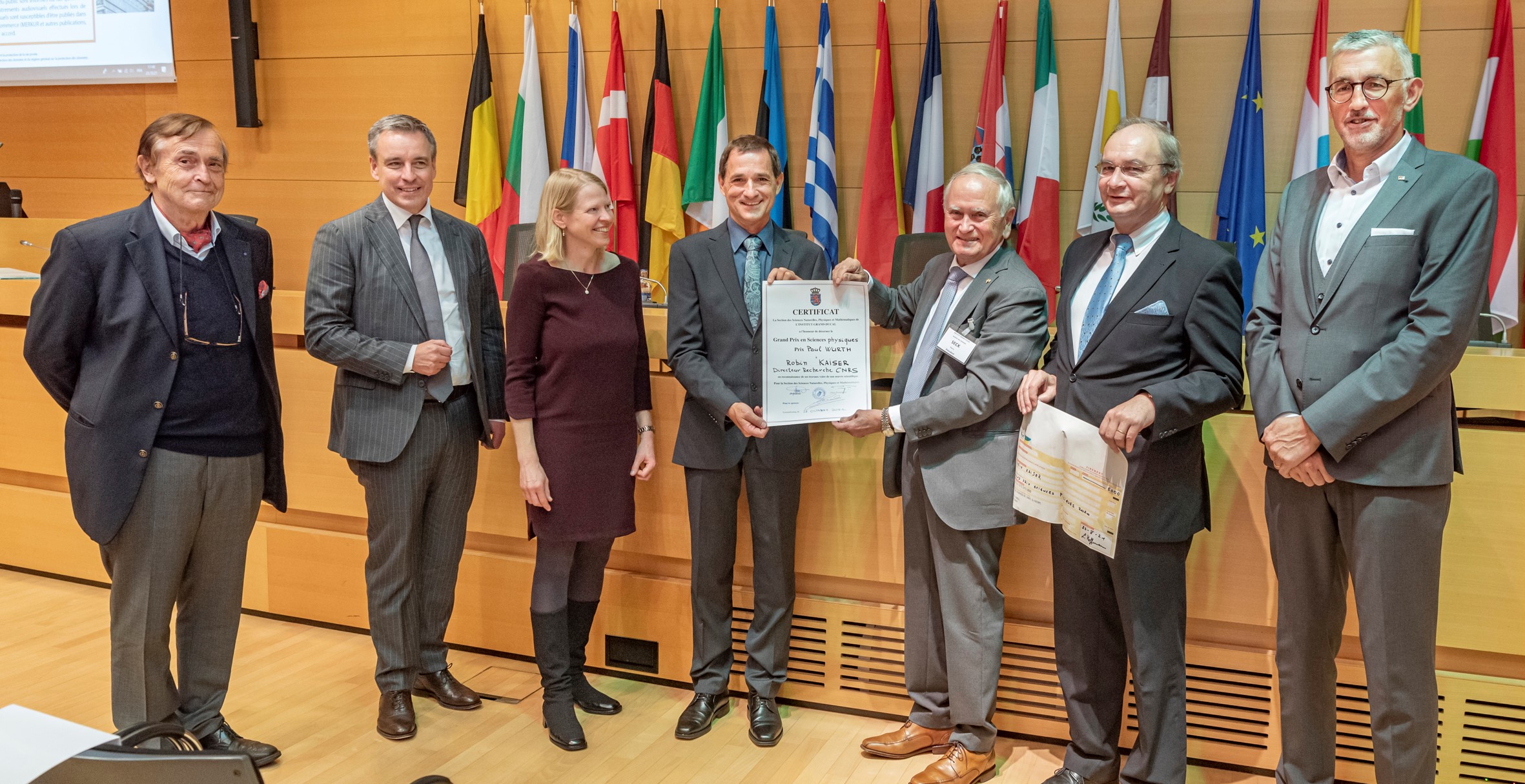 Dr Robin Kaiser, Research Director at the French National Centre for Scientific Research (CNRS), this week received his award from the Grand Ducal Institute. Dr Kaiser won the Grand Prix 2020 in physics, awarded to him by an international jury.

Paul Wurth S.A. sponsors the physics competition, and thus the award is also known as the Paul Wurth prize. The Grand Ducal Institute awards prizes in different scientific fields on a rolling annual cycle, with mathematics, geography, biology and chemistry researchers recognised for their success each year. Each discipline has a different sponsor.

The award ceremony took place on 23 October 2021, having been postponed due to the COVID 19 pandemic. The ceremony was accompanied by music and speeches and took place at the Luxembourg Chamber of Commerce.

Dr Robin Kaiser, one of the few Luxembourg researchers abroad, was chosen from among six highly qualified candidates for all of his research work which focuses on the interaction between photons and atoms at temperatures close to absolute zero. This work has given rise to many practical applications, particularly in astrophysics.

Dr Kaiser has previously carried out landmark research in both France and the United States of America before taking up his current role at the CNRS at Nice.