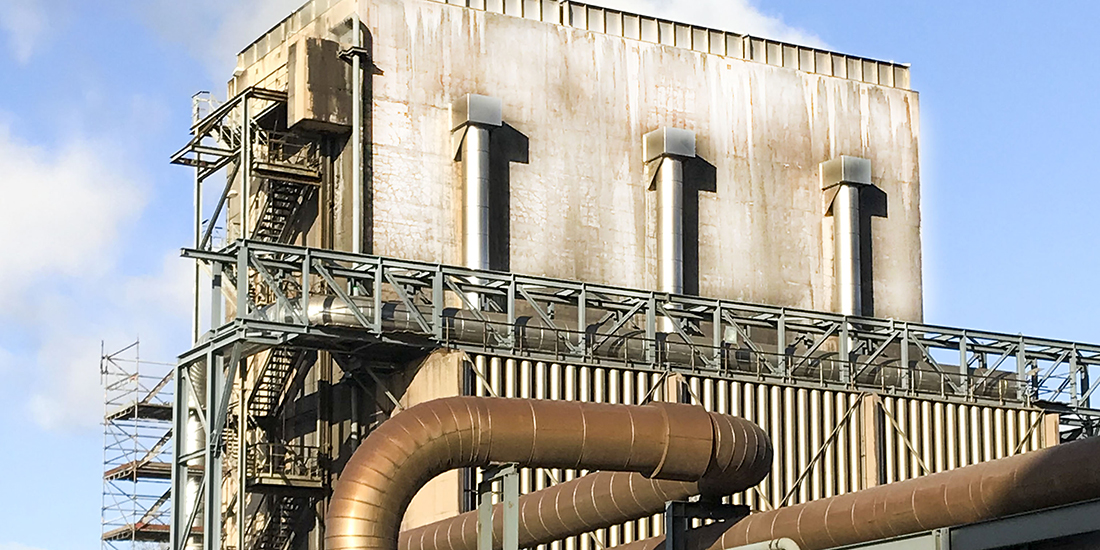 AG der Dillinger Hüttenwerke (Dillinger) and Paul Wurth completed recently the modernisation of the slag granulation plant at Dillinger’s No. 4 blast furnace. Paul Wurth’s INBA granulation and dewatering technology has been operating there since its initial installation in 2003. It is a cold water system with steam condensation designed for a daily capacity of 1,600 tons of blast furnace slag sand and a maximum slag flow of up to 8 tons/min.

After 16 years of operation, the plant was relined by Paul Wurth and Dillinger between March and September 2019. A special focus of this modernisation was on the cooling tower area as well as on the hot water tank, allocated below the INBA dewatering drum.

For the customer, it was a crucial criterion to minimise the loss of BF slag sand to one monthly production only. Therefore, Paul Wurth came up with the idea to reline the complete cooling tower gradually during uninterrupted, regular production and to use the four granted stoppage weeks in August to modify the hot water tank with a new water recirculation concept, which inevitably demanded a complete shutdown of the granulation operations.

In a first step, the existing water distribution of the complete cooling tower underwent a provisional modification. This was done during a short stoppage of a few days and allowed, for later on, that each tower cell could be shut down individually, while the remaining cells compensated the water losses of the cell under renovation. These consecutive modifications were executed between March 2019 and August 2019. Paul Wurth was in charge of the engineering, supply and erection of the new water distribution system itself, installation of a new pipe collector and its connection to the existing piping as well as of noise reduction panels.

The four-week stoppage in August was used to completely substitute the lower part of the old hot water tank as well as the connected process water recirculation system by a new design. Further works during that time were to finish the reline of the cooling tower, as well as to modernise the water pump reservoir and replace its clogged coke filters downstream the said hot water tank. At the same time, the Dillinger executed in their own responsibility partial replacement of several staircase structures as well as refurbishment of the granulation tank and the hot slag runner. During these 4 weeks, in average 80 workers were present during 24/7 shifts.

Paul Wurth’s design represents a new, specific concept of the cooling tower as well as a new process water handling within the hot water tank. This remarkably reduces the amount of suspended solids entering the cooling tower with the process water. Furthermore and up from now, the cooling tower can be flexibly used, which means that Dillinger will be able to use each cooling tower cell independently. This includes the possibility to shut down or by-pass one cell, based on the current production and maintenance needs without reducing any granulation capacity.