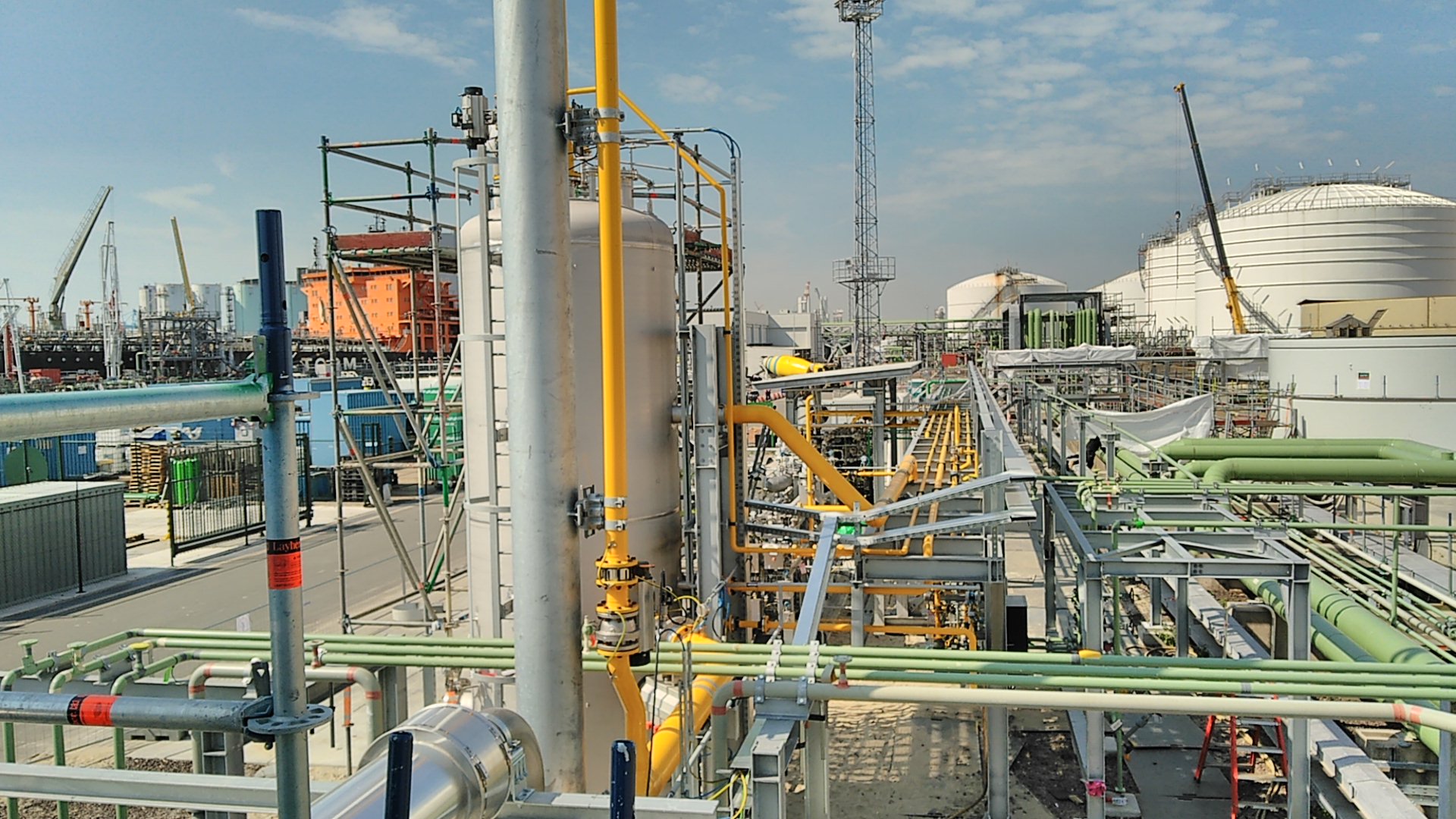 Paul Wurth has successfully completed the erection of a hydrogen processing unit (HPU) at Neste’s renewable products refinery in Rotterdam, Netherlands. This marks an important milestone for the MultiPLHY project.

The MultiPLHY project, which stands for “Multi-megawatt high-temperature electrolyzer to generate green hydrogen for the production of high-quality biofuels” – has been launched in January 2020 with the objective to install, integrate and operate the world’s first high-temperature electrolyzer (HTE) system in multi-megawatt-scale. The project consortium consists of five partners: Neste, world’s leading producer of renewable diesel and sustainable aviation fuel, responsible for site integration and use of hydrogen in the project, electrolysis company Sunfire and plant builder Paul Wurth in charge of HTE and HPU units development, research and technology partner CEA, and the energy utility ENGIE.

Similar to the recently completed GrInHy2.0 project in Salzgitter, Paul Wurth will supply and commission the HPU, which will condition more than 60 kg/h of renewable hydrogen supply to the refinery’s existing hydrogen grid at a pressure of 30 bar. The HPU receives hydrogen from Sunfire’s SOEC (solid oxide electrolyzer) technology and includes buffering, compression, cooling, drying and quality monitoring of the gas.

MultiPLHY is the first demonstration of an HTE in an industrial refining process, with a nominal power input of 2.6 MW, achieving an electrical efficiency of up to 85% AC to LHV H2.

For Salvador Cano, Head of the Paul Wurth hydrogen department, “our engagement in the MultiPLHY project highlights our competence in designing and delivering hydrogen processing units for the integration into existing plant configurations, whether it’s in the iron and steelmaking industry or any other area, as the refinery sector in this case.”

Commissioning of the HPU unit is expected in the first quarter of 2023. The electrolyzer is estimated to be in operation by the end of 2024. More information about MultiPLHY: multiplhy-project.eu