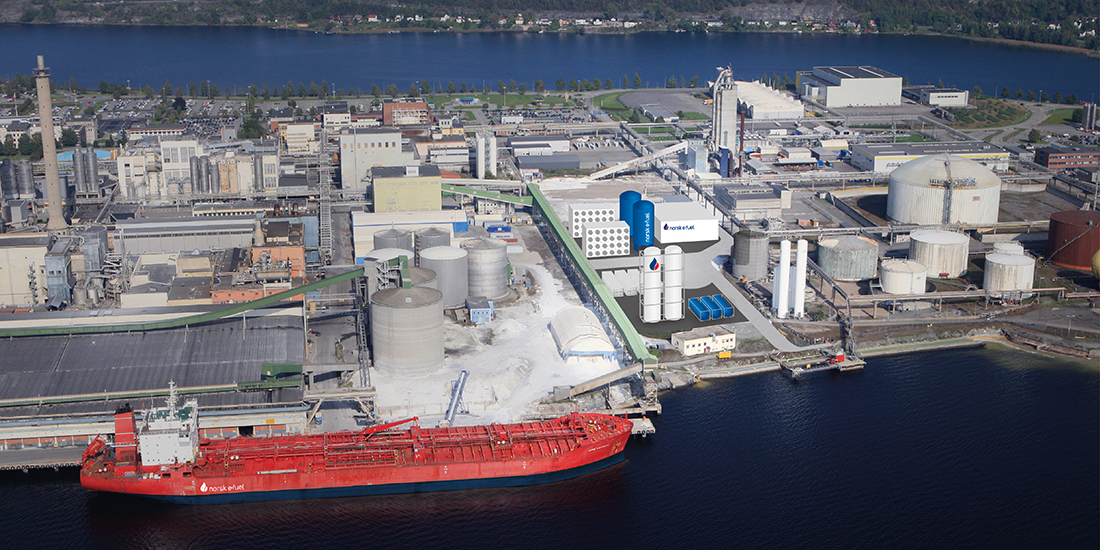 Oslo/Dresden/Zurich/Luxembourg/Stavanger – Norsk e-Fuel AS, the new European industry consortium headquartered in Oslo, has announced to industrialize Power-to-Liquid technology (PtL) in Norway for the European Market. The new state-of-the-art project will allow the conversion of Norway’s extensive renewable electricity resources into renewable fuels.

“We are proud to have the best industry players including our Norwegian business partners on our side to realize this important project” said Norsk e-Fuel General Manager, Karl Hauptmeier. “Together, we combine the necessary corporate strength with the most advanced and efficient technologies to convert Norway’s extensive resources of wind- and hydropower into renewable fuels.”

At present, the European transport sector is still heavily reliant on fossil fuels. Especially for hard-to-electrify sectors such as the aviation industry, this new project holds the promise for a radical change towards climate-neutral transportation.

Using a single step co-electrolysis process, the innovative technologies of Sunfire and Climeworks convert renewable electricity, water and CO2 captured from ambient air and unavoidable CO2 sources into syngas. Renewable fuels, such as jet fuel, are then produced through further processing and refining. The certified end products can be used directly in existing infrastructures.

“The potential for this project is staggering. Norsk e-fuel makes the supply of renewable fuel possible on a scale that is larger than has ever been achieved before – something that is crucial if we are to make global transportation truly sustainable. We are glad to contribute our direct air capture technology and know-how to help create renewable crude together with our partners.”, adds Climeworks co-founder and co-CEO Christoph Gebald.

The first plant with a production capacity of 10 million liters annually will go into operation in 2023.
This plant will be upscaled 10-fold to produce 100 million liters of renewable fuel before 2026. The Herøya plant will then save 250 000 tonnes of CO2 emissions from industries such as the aviation industry every year. The upscaled, industrial sized plant will then serve as blueprint for a nationwide roll-out of the project.

“To put this in perspective, only one industrial scale plant will already provide enough blended renewable fuel for the top five domestic aviation routes in Norway combined (Oslo-Trondheim, Oslo-Bergen, Oslo-Stavanger, Oslo-Tromso and Oslo-Bodo). This would effectively cut the current flight emissions between these cities by about 50 %.” explains Lars Helge Helvig, Founder of Valinor and Chairman of Norsk Vind.

The planning of the first plant to be located at Herøya Industry Park in Porsgrunn is already well underway. In addition to its vital infrastructure, the location in Herøya offers sufficient space for the planned upscaling. Other locations for the following nationwide roll-out have already been identified. Besides of generating a large number of jobs both locally and nationally, the Norsk e-Fuel initiative will be a catalyst for the creation of a new clean energy business sector in Norway.

“Climate change and rising costs for CO2 emissions result in a growing market for renewable solutions. This new project holds broad possibilities for Norway and Europe, offering the key to a deeper decarbonisation than has ever been possible before. The energy transition is already progressing quickly in consumer facing sectors – it is time for the industry to step up and bring technologies to scale to decarbonize the sectors that power our societies behind the scenes.” says Georges Rassel, CEO of Paul Wurth.

Climeworks’ direct air capture technology supports you in achieving your climate targets. The air-captured CO2 can be used as a feedstock for a sustainable industry or removed from the air completely by storing it safely and permanently underground.

As a leading technology provider and plant builder, primarily to the steel industry, Paul Wurth is committed to contribute its engineering and project execution competences to a climate-friendly transformation of the industry.