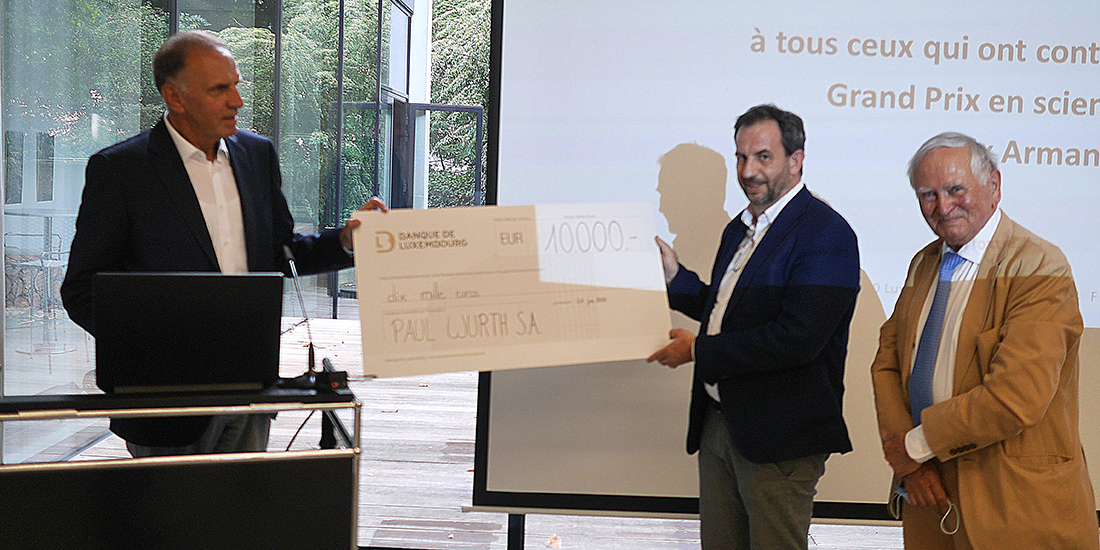 The Grand Prix in Engineering Sciences, Armand Delvaux Prize, was awarded on Monday 21 June 2021 to a team of four engineers from Paul Wurth composed of Fabrice Hansen, Yves Reuter, Christophe Solver and Paul Tockert for their work on: “BFXpert – Futureproof process automation solution for blast furnaces and upcoming alternative ironmaking processes”. The prize is worth ten thousand euros. The generous winners have decided to donate their winnings to “Wëssens-Atelier”, a spin-off of the Association of Engineers and Scientists of Luxembourg, which aims to promote technology among 8-12 years old children by intervening directly in schools.

The jury composed of eminent scientists and engineers particularly appreciated the quality of the winning work. The choice was not easy and the jury also underlined the competence of the other candidates, who had submitted their application.

Marc Solvi, President of the Association of Engineers and Scientists of Luxembourg, also noted the excellence of the candidates and their work. “Such performances are in line with the concerns of our association, which are, in particular, to show that the applied sciences, whatever their disciplines, are, behind their complexity, at the service of the needs of our society,” he said.

The Armand Delvaux Prize bears the name of its generous donor who died in 1998. It is his wife, who wished to honour the memory of her late husband and the altruism of this versatile Luxembourg entrepreneur with this donation. The Armand Delvaux Prize will be awarded every two years. If the first edition was disrupted by the Covid, the Prize will be awarded again in 2022, the call for candidates being launched at the beginning of next year.