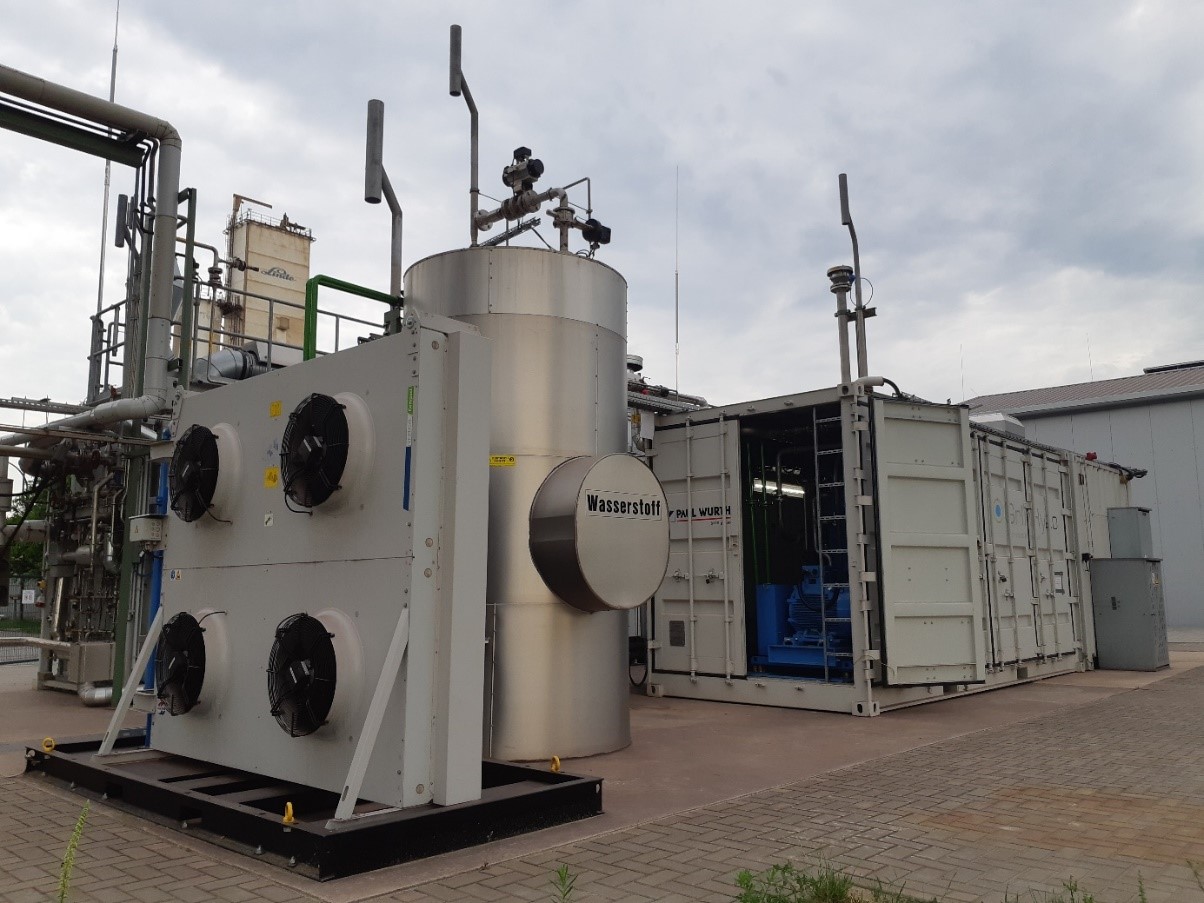 The GrInHy2.0 project – short for Green Industrial Hydrogen – aims to produce 100 tons of green hydrogen in total. This will be fed directly into Salzgitter’s hydrogen grid until December 2022.

As consortium partners in this EU-funded project, Paul Wurth, Sunfire, Salzgitter Flachstahl, Salzgitter Mannesmann Forschung, TENOVA, and the French Alternative Energies and Atomic Energy Commission (CEA) have all worked together. GrInHy2.0’s high-temperature electrolyser, developed and produced by Sunfire, is the world’s largest currently installed in an industrial environment.

The GrInHy2.0 plant was commissioned in March 2021 and it has operated consistently and safely since then. The GrInHy2.0 HPU has also proven itself in continuous operation under various operating conditions.

The GrInHy2.0 HPU is equipped with a piston compressor and a temperature swing adsorption-based hydrogen dryer for the compression and purification of hydrogen gas. It ensures hydrogen injection into Salzgitter’s gas grid at a pressure of 10 bar and with a -60°C dew point – and it also monitors other quality parameters, (such as O2 <20ppm and N2 <500 ppm).

Sunfire and Paul Wurth are also partners in another EU-funded project, called MultiPLHY. Paul Wurth is providing an HPU to operate alongside of the ±2.4 MW Sunfire Solid Oxide Electrolyzer Cell. The MultiPLHY electrolyser and HPU will be installed at Neste’s refinery in Rotterdam, The Netherlands. The assembly of MultiPLHY HPU is planned to start in April 2022 and commissioning is scheduled for August 2022.